I have been undecided whether or not to include Knightstone Island in my island 'collection', as it is now firmly joined on to the northern end of Weston-super-Mare's seafront.  However on a map dated 1806 it is shown as a separate island with a tidal causeway. 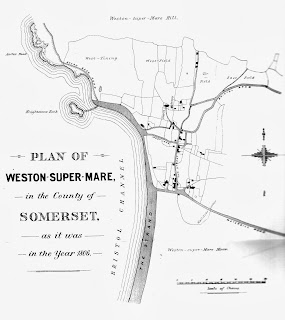 Knightstone Island was acquired by the Pigott family in 1696 (they later became the Smyth-Pigotts) and they owned it until the early 19th century.  It was purchased in 1820 by Mr John Howe from Bristol.  He constructed the first medicinal baths there, which were rented in 1822 by Benjamin Atwell.  There were hot and cold saltwater baths, a lodging house, public refreshment rooms and a reading room.  At that time the island was connected to the mainland by a natural pebble ridge, which was covered at high tide.


Reverend Thomas Pruen bought Knightstone in 1824. He commissioned the construction of a causeway to the island, which was built above the high tide level, and a low pier, which was used by pleasure boats.  He also built an open-air tidal swimming pool on the shore, which was replenished by seawater at every high tide.  This was extended into the current Marine Lake in 1929.

Dr Edward Long Fox (1761-1835), a physician from Brislington, bought Knightstone Island in 1828. He thought that sea bathing was a good treatment for both mental and physical illnesses. He and his son Dr Francis Ker Fox (1805-83) carried out further developments on the island, including raising the level of the causeway using Cornish granite, building a lodging house for patients and a new bath house.

The island changed hands several more times after 1847 and the buildings on it were rebuilt or re-modelled several times. The island was eventually acquired by the local council.  They enlarged the island by building a new retaining wall on the north eastern side.  They built a new swimming pool and a Pavilion, which both opened in May 1902.  The Pavilion was designed by the architect J.S. Stewart and included refreshment rooms, a reading room, a billiard room and a theatre.  It had electric lighting and a hot water heating system.  Seawater was used in the swimming pool and a huge settling tank was constructed underneath the pool and Pavilion.

In September 1903 hundreds of people were temporarily marooned on the island and Eddie Bryant, the Pavilion's electrical engineer, was drowned when the causeway was swept away in a storm during a performance at the theatre.

The Queen visited to re-open the island's perimeter walkway on 20th July 2007.  The Coronation Promenade was first opened in 1953 to celebrate her coronation. 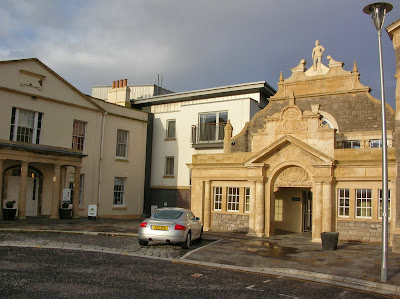 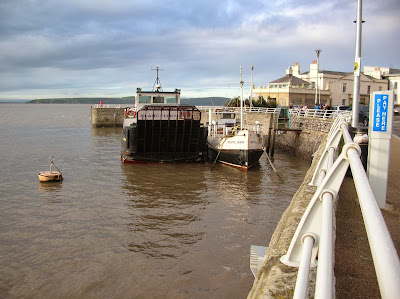 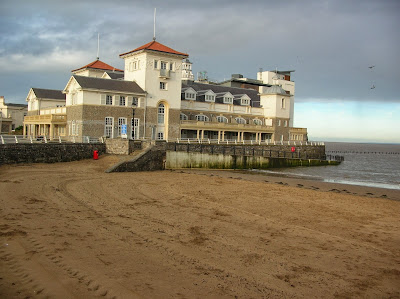 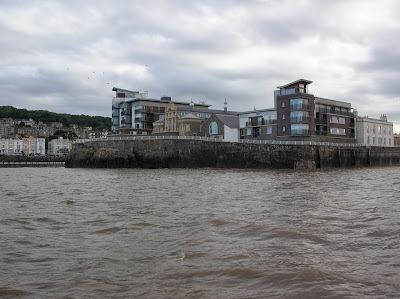 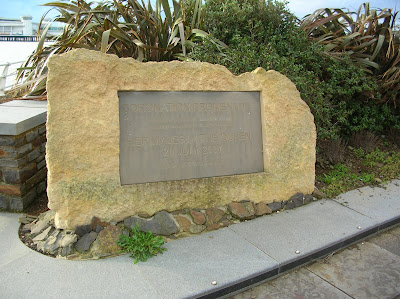 Plaque commemorating the re-opening of the Coronation Promenade by the Queen on 20th July 2007
Posted by St Kilda at 11:05